Also the python code does not run

i see a lot of work getting this solved, can we make this process smooth ?

however, i use these fritzing models succesfully, make gerber files and have PCB’s made so is all this work necessary ?

As you point out the parts work (other than the lack of layerIds causing them to not export as images) so in some sense they are fine. They could be better, but that work may not be worth the effort to you.

Is there no easier way to create models ?

Not that I know of at present. There are a lot of things (such as the layerIds) that need to be correct for a part to operate properly. Once you learn the rules making good parts is relatively easy, it does take a lot of time to gain the necessary experience though.

if it is clear how to solve them quick, i would be prepared to do the effort, oterwise i will keep producing models with errors since they work in practice

These two sets of tutorials may help:

in my set there is a reference to a schematic template (actually two of them, a simple version and a more complex version) that help with making schematics that meet the standards. At present I usually make schematic using this Inkscape extension as it is easier than the templates, but requires Inkscape (and I see you are using Corel)

Can you please check the last model ?
A couple of errors should be solved

Most of the schematic pins have terminalIds except for connector0, and the layerIds are still missing:

Connector connector0terminal is in the fzp file but not the svg file. (typo?)

The lack of a terminalId on connector0 isn’t a problem in this case because connector0pin is at the end of the pin (rather than being the entire pin) and thus the terminalId isn’t really needed. However your part looks somewhat non standard compared to the standard part below it in this image 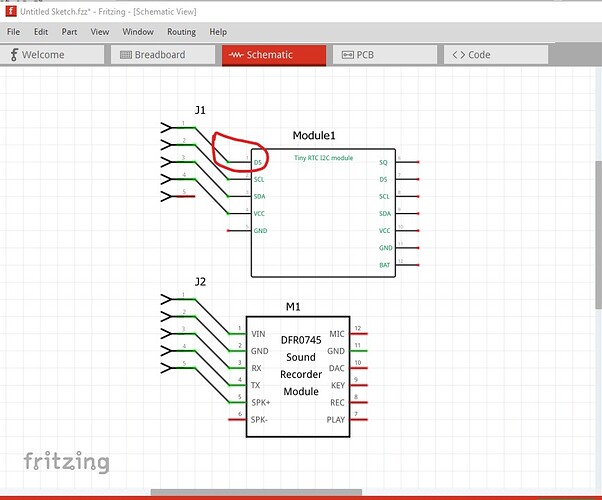 and it is generally desirable that all schematic parts look the same in order to keep schematic looking neat. Here is an example of what the lack of layerId does. This is the image in breadboard view: 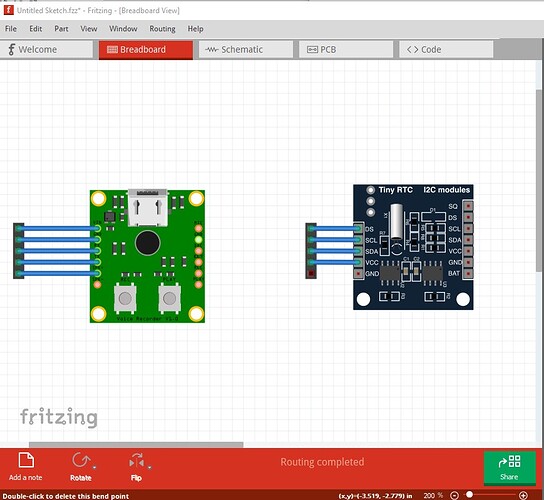 and the result of File->export as image->svg and displaying the resulting image in Inkscape: 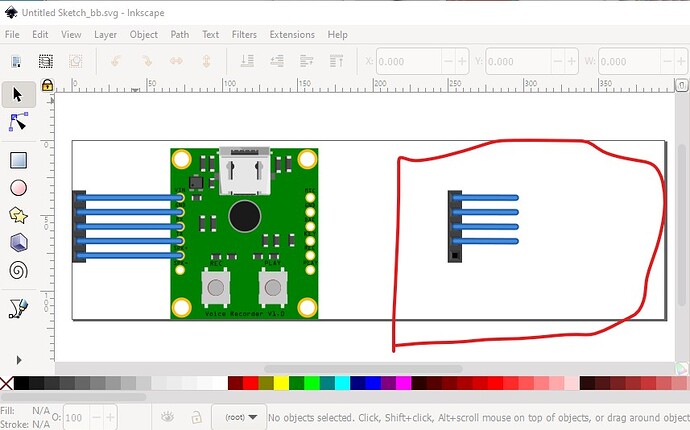 as you see, because of the lack of a layerId the wires to your part are shown but the part itself is missing.

yerId the wires to your part are shown but the part itself is missing.

Thank you for taking the effort to reply in such detail, when i have a bit time i will watch the video and try to fix the parts.

If successful i would add 4 parts to your overall library, is there a procedure how to get parts in the stanard fritzing library (for everyone) ?

If successful i would add 4 parts to your overall library, is there a procedure how to get parts in the stanard fritzing library (for everyone) ?

Yes you make a pull request against Fritzing-parts on github. After a review and approval the parts will be added to the core library.