hello
I would like to use the equivalent of an A4988 driver expansion card on fritzing, but I haven’t found one on the internet personally. 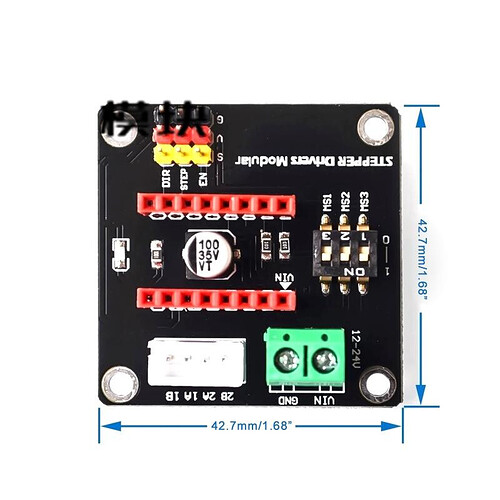 Does anyone know where I can find one or how to make one please ?

This should do what you want.

I have the drivers which refuse to plug into the card and I only have the A4988 driver which plugs into the breadbord with the DRV1 which refuses. 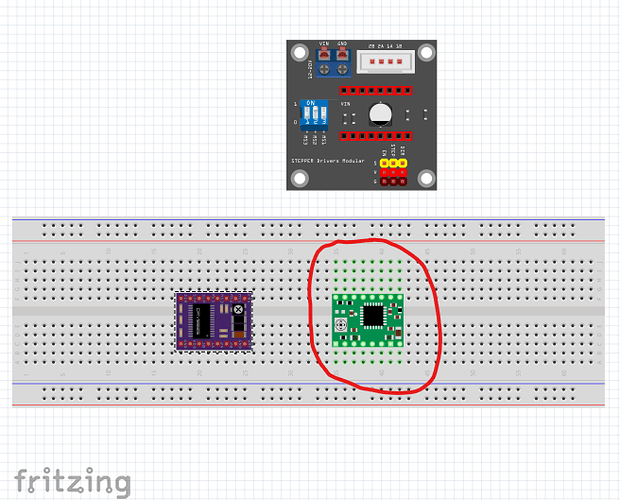 do you have any idea why sometimes components refuse to connect and how to fix this ?

The headers on the expansion board are not connectors and thus won’t connect (mostly because it is not useful) although the driver module can be placed over the headers. As to the parts not connecting, likely the part is misconfigured, if you upload the .fzpz file one of us will have a look at it.

Hello
Here is a file as an example with two drivers not connecting and a third connecting.

The middle part needs to be moved to connect: 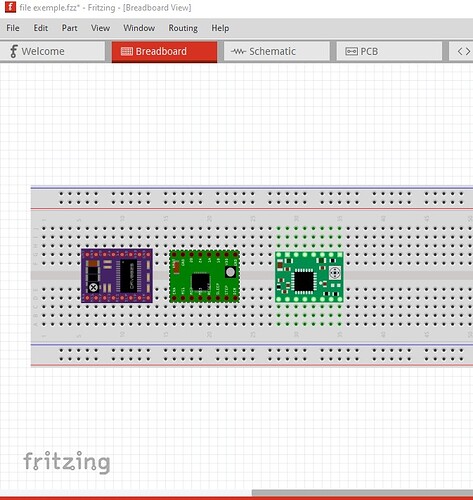 click on the part and move it one row horizontally and it connects: 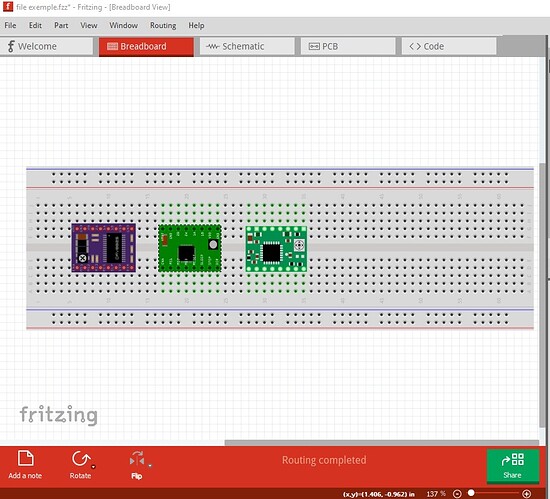 The left most part has a corrected version here:

I have a fixed version (there are a lot of things wrong with the one in core.) The new part: DRV8825-fixed.fzpz (114.0 KB) and a test sketch with both the original from core and the new part (new part on the left old on the right): test-Sketch.fzz (129.3 KB) The problem with breadboard connections is the connectors in the fzp file are set to pad. This is a legal (I think anyway) value, but I don’t know what it does (other than not connect to breadboard pins

Hello
I would need one last component which is another driver expansion card of this model: 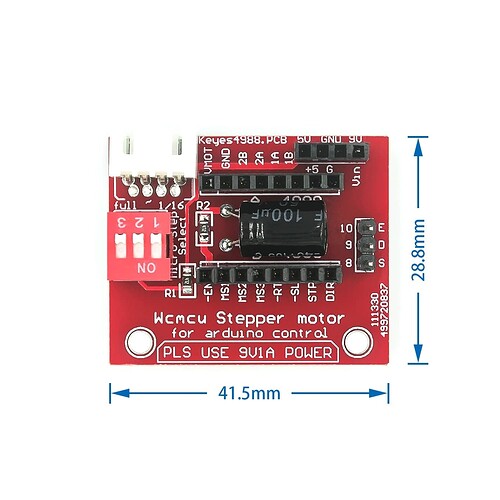 This should do what you want. Note the grove connector for the stepper may be wrong as there is no documentation on its pin out so I used the order on the A4988 connector.