I’m trying to make some new images for the first time, and I’m really just not sure what I should do.

The part I’m trying to make for Fritzing is from the datasheet of the real part (Microchip’s RN4020-V/RM). The measurements (in mm) conform to the units given… and they’re small, but I’ve seen smaller. The footprint is nonconforming because it has an on-board antenna, which is ideally over the edge of the PCB, but which can actually be mounted in a cutout, or in any spot where there isn’t metal for a few centimeters.

But the problem I’m having is with the pads. Apparently Fritzing tries to add a solder mask around the parts? Maybe I have it wrong, but when I look at the part in literally any other SVG viewer (including the browser), it looks correct. Importing to Fritzing, all of the pads suddenly run together on the PCB, Is there a way I can correct for this?

I used the templates from the Fritzing web site to create them, but I also looked at about 2 dozen of the other parts that are even a little similar, and discovered a lot about how to make the parts. But it’s still not working.

Yes, it’s my first part. Yes, I don’t know what I’m doing. Yes, I’m willing to try things to correct it before declaring that something “doesn’t work”. I’m even willing to provide screen shots, if anyone can tell me what they need.

Just upload the part here. The box with the arrow pointing up.

I did upload the SVG. I tried it before, but all it gave me was an IMG tag and not the image… not sure why.

This is the part, for visual reference. 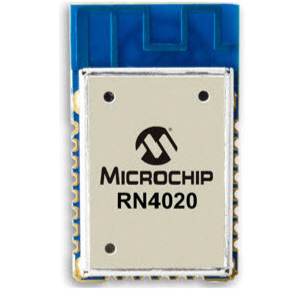 In FZ Right-click the part you are making and Export it and post it here - extension .fzpz -

This forum won’t take .svg directly, you have to fool it, but you can extract the svg from the part.

Okay, so… here’s the export of my erroneous part. There’s also a link to the datasheet in the description.

Thank you so much for the guidance! I’m sure it’s something simple that I’m missing.

I’m guessing it’s something in the internal XML coding of the PCB svg, but I’m not smart enough to work that out.

I drew another rough one from scratch that’s not dimensionally accurate and works fine, so it must be something in your PCB svg.

Here is the rough one so you can look at the XML structure.
Silkscreen at the top.
copper1 (top laver) with the pads .
copper0 (bottom laver) inside copper1 and empty.
Group all of those in a group called pcb

I suggest doing another clean one or mod-ing mine and making it dimensionally accurate.