Sparkfun XBee Explorer Regulated WRL-11373.
The old version is in the Fritzing library. The long side pins have relocated inward on the current version. When I asked about it on their forum they said it was “in the library.” Didn’t seem to be a bother to them.
I have made three headers that I drag onto the board and align by sight and I can drag the old version over the top to check the overall footprint, then I drag it back out of the way.
Thank You!

By “in the library” they likely meant the Sparkfun Fritzing repository on github, not core parts. That is not loaded in to Fritzing by default, you need to fetch it from github and load it (or just grab the part you want from it.) You should be able to load the part from the Sparkfun library and replace the one in core (by using delete minus) as long as they have been careful about family and variant values.

I just had a look at the Sparkfun repo and it does not appear this part is there, so core parts looks to be it. In the core part only the xbee connectors (on the board and partially overlaid by the blue plastic) are defined as connections, so you can’t connect wires to the header connectors on the blue plastic the schematic on Sparkfun indicates the headers just connect to the xbee pins so presumably one connection was considered enough.) I can’t see any xbee module in core that will fit in to the adapter (they are all too wide. So you can’t put the adapter over the pins to have both the adapter and the xbee in schematic (and a Fritzing bug makes that less than useful anyway.) It is possible to modify this part if you can explain what you need though.

Thanks for looking through that repo, Peter, and confirming what I thought. I will try to show you what is wrong. First Screen shot is side by side, I move the core part on top of my three individual headers to check pin placement and to see the footprint. You can see the LEFT and RIGHT longer headers are positioned too far outward.
As a novice, I appreciate your looking after this app! 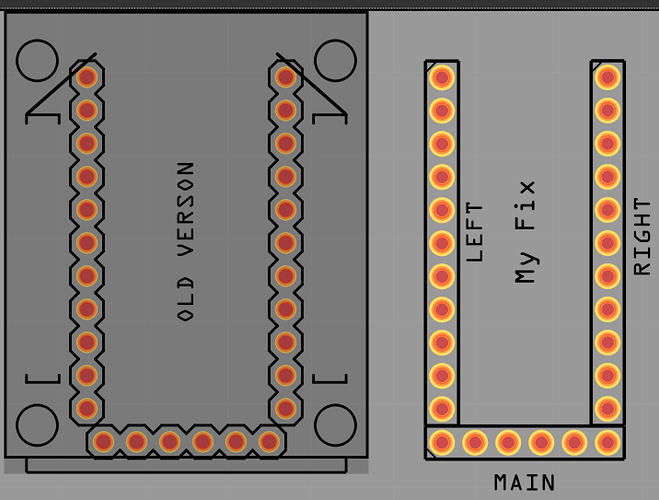 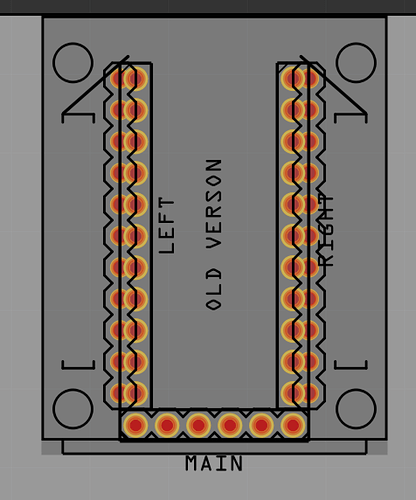 This should do what you need: