However, ideally I’d like to keep the breadboard design. Is this possible in the same project or can I only do that by maintaining two projects

AFAIK you would need to keep it as two projects. Fritzing can overlay the strip board like this simple example, starting from breadboard 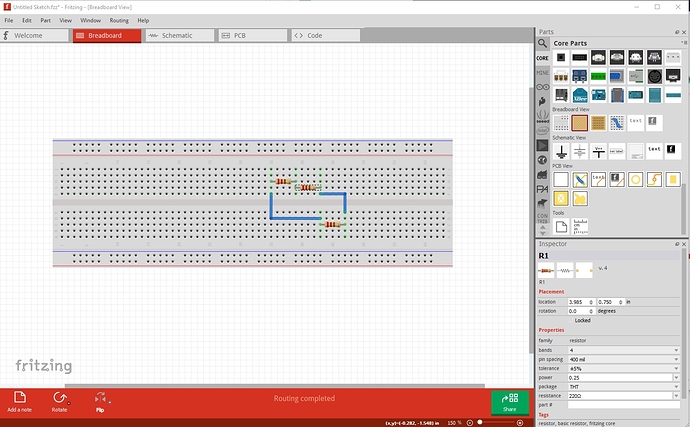 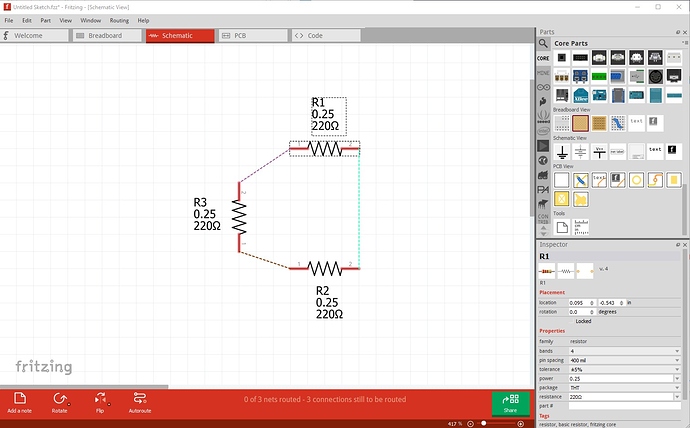 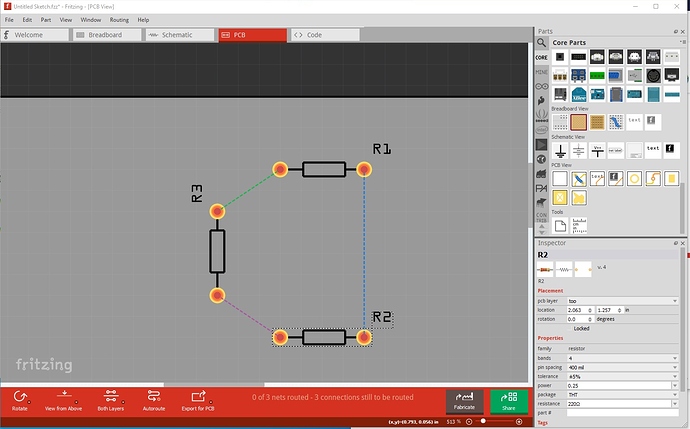 Then I can overlay the perfboard on breadboard like this 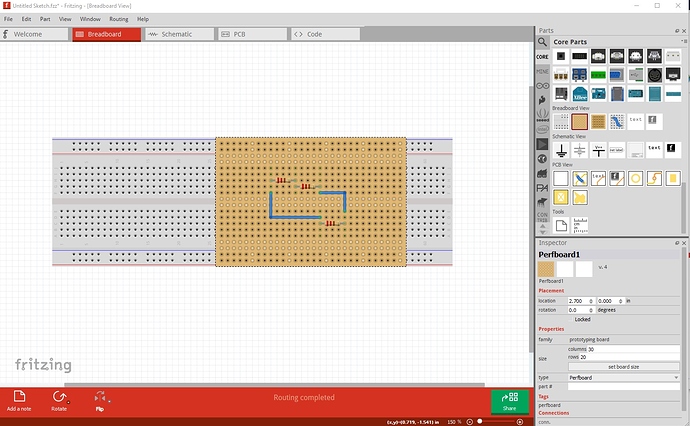 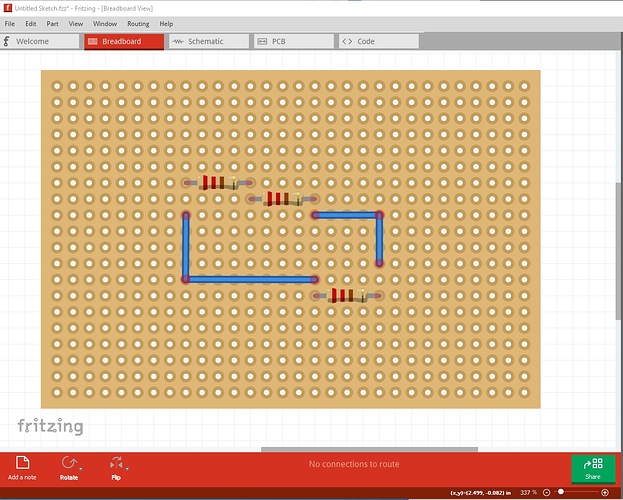 note however that you now have to click on and move a bit, each part and wire end to re establish the connections like this 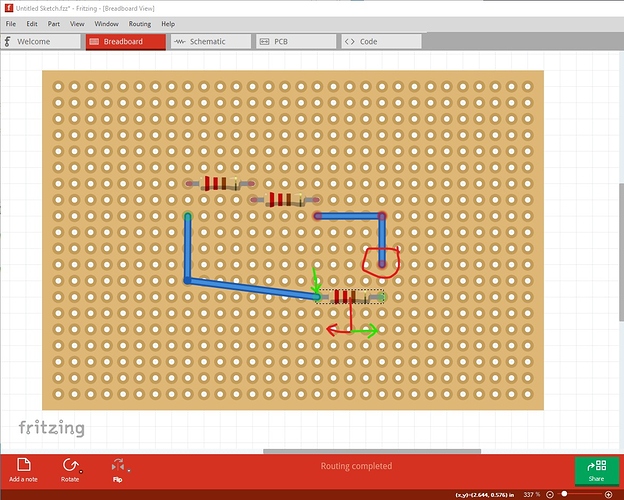 Here I needed to move the bottom resistor 1 row right then back to where it was to cause the connection points to go green (connected) rather than red (unconnected) as they are by default. As well I would need to add wires (or use strip board rather than perf boad as I did here) to remake the connections to the wires as the vertical connections from breadboard have been lost. Here I have reconnected three of the resistors. 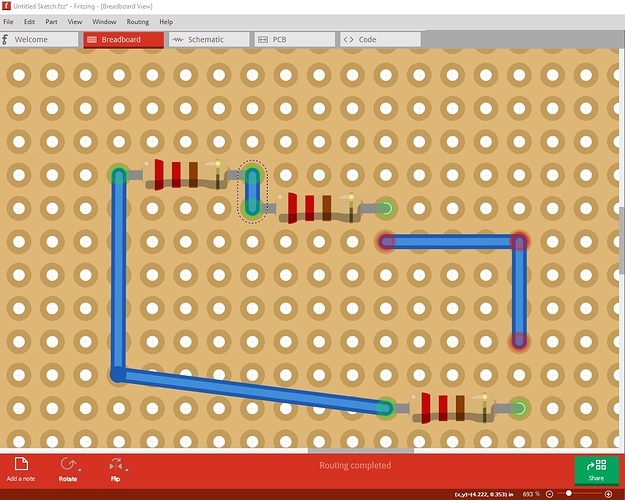 which now reflect the connections in to schematic and pcb via rats nest lines. 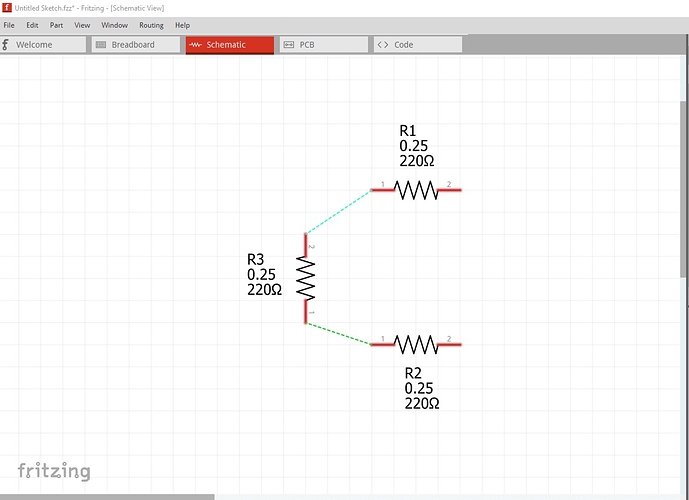 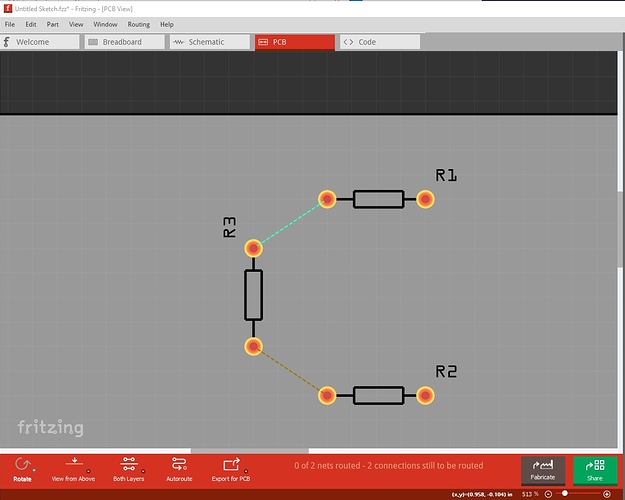 What may work best for you is to use pcb as the “perfboard” using traces to indicate the wiring on the perfboard. Then changes in breadboard will reflect in to pcb as rats nest lines although you need to delete the connections in pcb view before making changes in breadboard view as making changes that may conflict in more than one view can cause routing database corruption (which is likely a Fritizng bug, but we haven’t been able to reproduce it to fix it yet.) It isn’t perfect, but probably the best Fritzing can do at the moment. As well there are parts (typically tagged as “top view”) that are specifically designed for perf board. These parts (unlike the usual parts which tend to be at an angle) stay within the footprint of the part to make perf board use easier. There is a plan to move them in to core parts, but it hasn’t happened yet. A search for top view in the forums should find most of them.