I really need your help. I am searching for a simple push button as “normally closed” but I did not find anything. I only found some user comments which said “it ain’t that hard to create this part on your own… using the fritzing editor”.
I tried it but I did not succeed to create one because I need a .svg file. Can you please help me?
Additionally I do not really understand why no one misses a component like this?

I really need your help. I am searching for a simple push button as “normally closed” but I did not find anything.

I expect that is because to Fritzing there is no real difference between a NC and NO switch (except schematic). That said if you tell me which one of the switches in the core parts bin (there are 8 or 10 of them) you want, or post a link to an external part if that’s what you need, I’ll modify the schematic svg to be NC rather than NO. It matters which button it is for internal connections in the svg.

thank you very much. I would like to have to following button as normally closed: 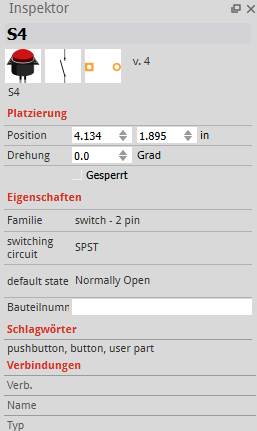 OK here is a new part copied from that push button. You can load this one along side the one from core to compare the two. I made a number of changes in schematic (shortened it by .1 in, set the picture to a NC push button), if you would rather have the original it is a simple change, so just ask.

I have updated this part and added a partner no version. I changed the family to not impact the core part, but that appears to cause a problem sometimes. If Ioad both new parts at the same time I can switch between default state normally open and normally closes in inspector and schematic will correctly switch between variants (but Fritzing complains about no exact match, so used the closest part). Some times the search seems to break and you can’t change from on variant to the other. Don’t know why yet (probably special code for parts in core) but I’ll poke at it later. In any case you now have both variants of a push button switch.

Thank you very much Peter. That’s what I needed 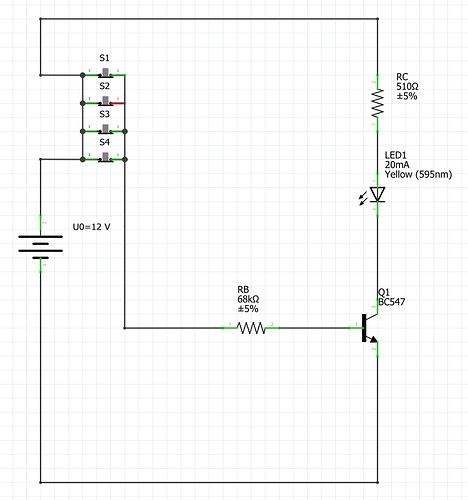 I may make a normally open version as well, I see that inspector will now change between the NO and NC versions, but they are different which is messy.

Your S2 has a red pin, so it’s not connected.

Thank you, just fixed it.