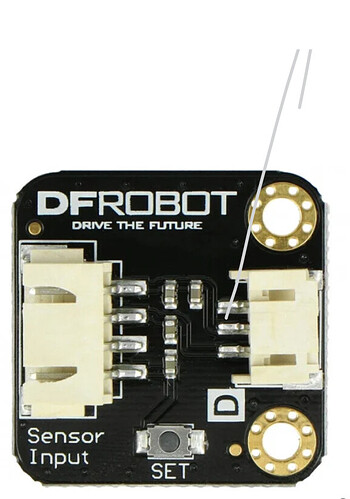 image577×824 82.8 KB
Hello, good morning, I am having some problems finding this interface for the non-contact liquid level sensor. I needed it to be able to finalize the wiring diagram of the project I am developing.
vanepp June 11, 2022, 10:58pm #2

These two parts should do what you want. Note there is already a xkc-25y part posted in the forum a couple of years ago, but it won’t work with the dfr-sens0204.fzpz part because the connector pins are backwards because of the way the connector is mounted on the board. Only the xkc-25y-v.fzpz part will connect correctly. (there are several more sensor options that will also work with this same board but I haven’t made parts for them yet.)

In breadboard if you load both parts 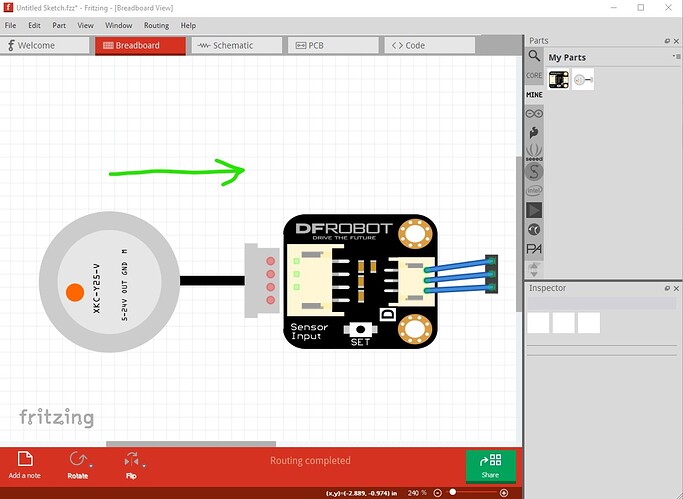 they will start out unconnected in schematic 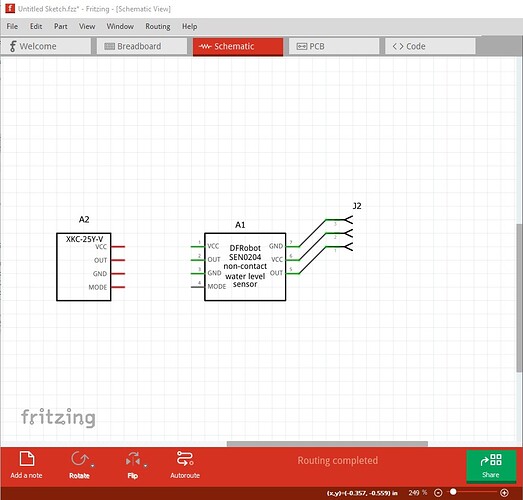 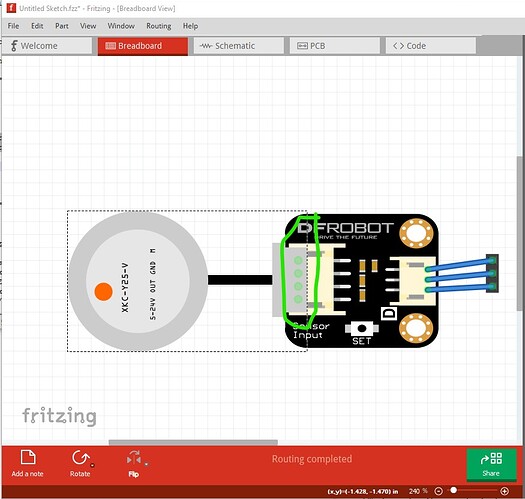 the connections will be made in schematic. 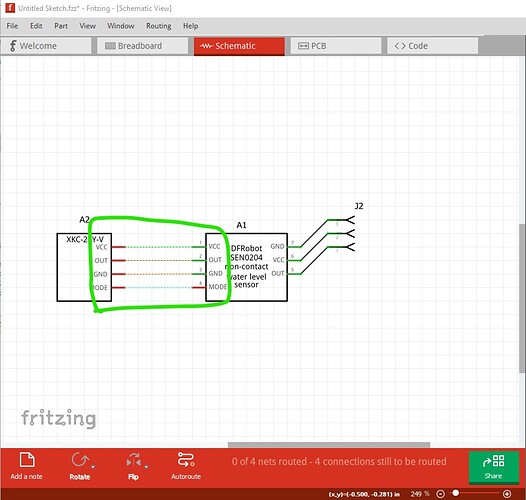 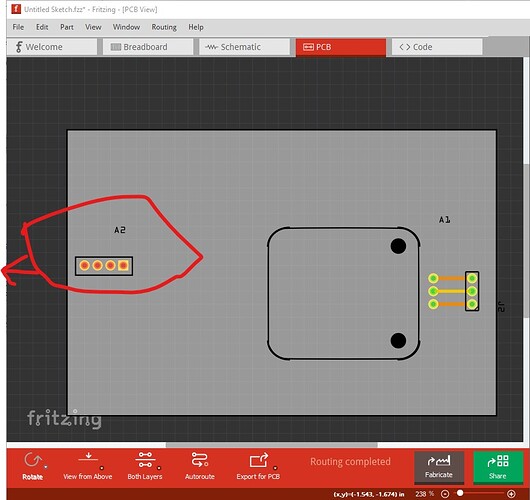 you can suppress that by moving the connector off the board like this: 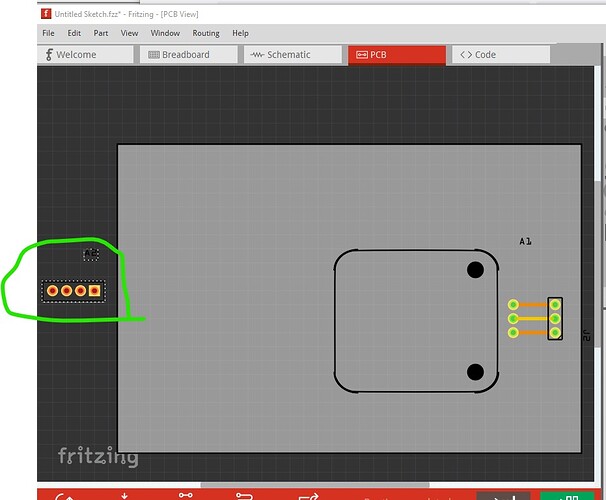 Here the connector still shows but will be truncated (as it is outside the board boundaries) and will not appear in the gerber files used to make the pcb.

Thank you Vanepp for helping me, but i have another question, I would like to ask if the LDR module with LM393 chip and potentiometer exists. 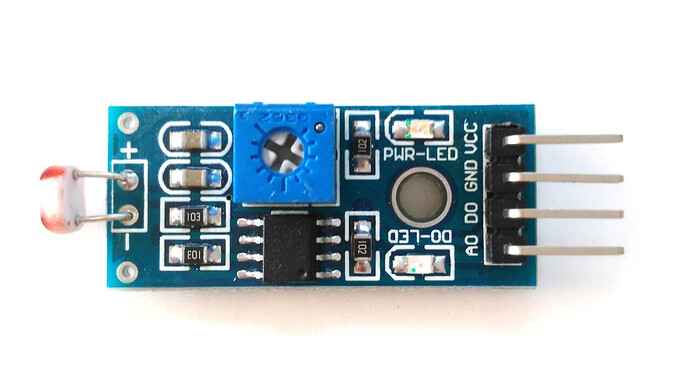 Yes, but is not a terribly good one. A google search for

This file is binary. show original

which has such a module but the part has a number of problems as well as having the incorrect pin order. Here is an improved version.