Problem: SIP part moved to the left in schematics when reopening fzz

Placed a 2 pin SIP (Single Inline) [THT] in schematics with pins to the right. Gave it a name and connected it.
Saved the design.
When restarting Fritzing and opening the schematics the part is shifted to the left (only the outline and the name) while the pin numbers are still at the old position. The pins are still green meaning that there is a connection, but in the schematics there is a gap between the pins and the wires. A similar shift happens for SIP part with pins at the bottom.
There is no problem if the pins are on the left.
Attached picture shows the problem at the upper part whereas the lower part is ok (does not move). 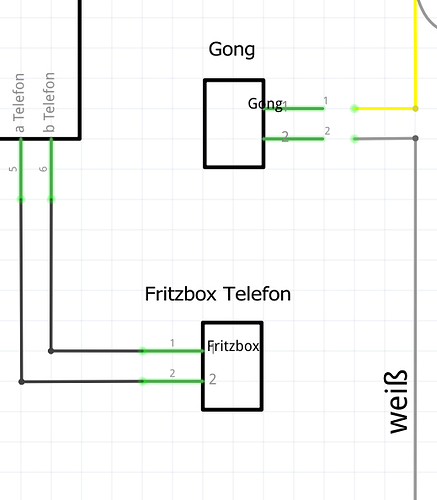 The part should have stayed at the saved position.

Welcome aboard! If you could upload the sketch (the .fzz file, upload is 7th icon from the left on the reply menu) I’ll have a look at it. There are a number of bugs in Fritzing, but I don’t think I have seen this one before.

Neue Anlage mit TSA-ab.fzz (15.5 KB)
Thanks for looking into that.

This is odd and not something I have seen before! I assume you made this from the mystery part (I have not ever done much with the mystery part)? I’ll have to poke at it for a while and see if I can figure out what is wrong. Moving the part in schematic causes the connections to reestablish, but the outline is still offset.

Bad news: it is a bug, probably in the parts factory code.

Good news: I have a work around that doesn’t require the bug to be fixed (which will take some time):

In the parts editor window select File->save as new part

(optional) in the metadata tab enter new description and parts values to match the new part.

click OK to accept prefix prefix0000 (its value is unimportant)

In your mine parts bin you now have a new part, if you right click on that and select export part you can write the part to a .fzpz file such as Zeitschalter.fzpz

I did that then loaded your fzz file: 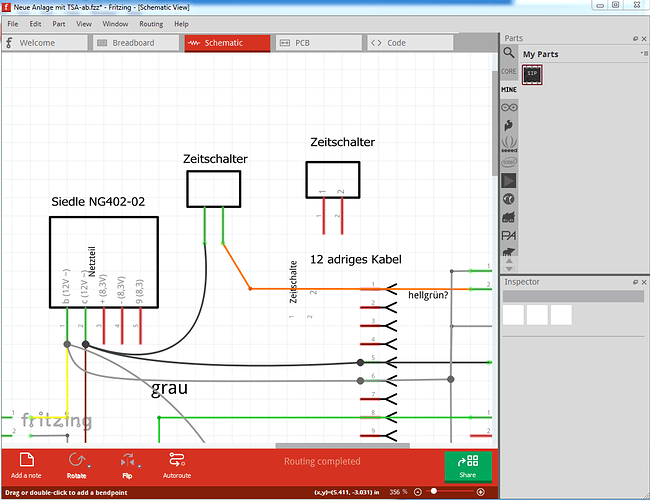 and loaded the new Zeitschalter.fzpz (which will be in the temp parts bin in the fzz file below) in to the sketch. Then I right clicked on your original part and did “delete minus”. That deletes the parts but leaves the wires in place: 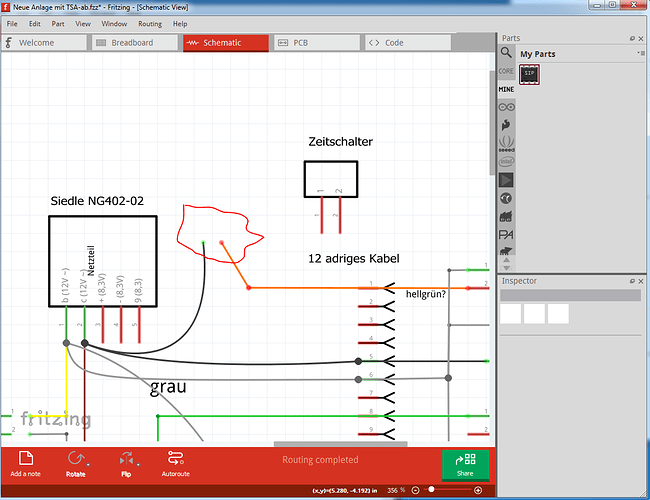 circled in red in this image. Now I drag the new part to near the wires, then click on the end of the wire and drag it to the correct pin on the new part where it turns green to indicate connected.
Do the same with the other one and you are done. This will now save and restore as a .fzz file because the new Zeitschalter.fzpz part is no longer connected to the parts factory, so it doesn’t get changed (and hit the bug) when loaded. You can do the same thing to any other parts that do this as well. 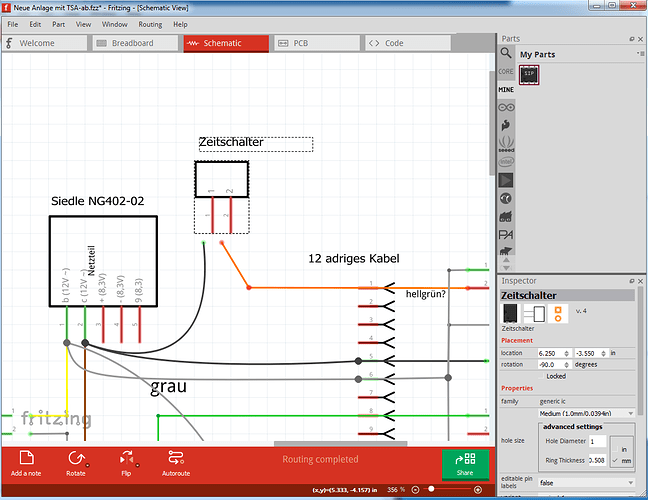 drag the ends of the wires to the parts pins 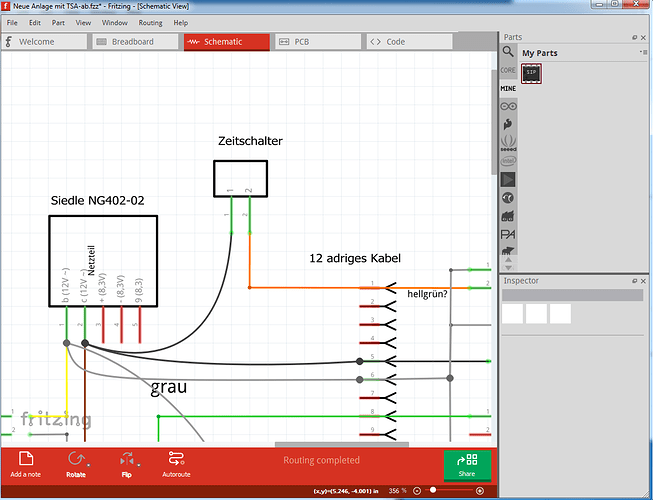 and the .fzz file the above came from:

Thank you very much. With your detailed steps I was able to have a persistent and consistent schematics!