Hi,
I have given my circuit here.

) the circuit looks like this (I don’t know the resistor values, so left them at the default 220 ohms.) In this circuit the emitter of the optocoupler output transistor will indeed be around 11.2V and the collector of the pnp will be 12V when the phototransistor is off as it is in this drawing (there is no current in the optoisolator LED to provide light!) 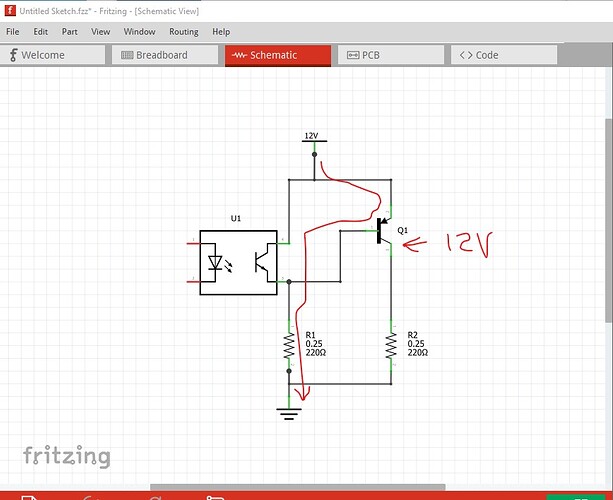