I am developing some fritzing parts and I discovered an annoying behaviour: the PCB footprint is always rotated 90 degrees, no matter what: as you can see in the screenshots, when I add an imported part (using Deneyap board part help created by @vanepp as an example) the BB view is ok, the SCH is ok, but the PCB is rotated!

In the inspector, all three images are vertical, but not in the PCB view…

Is there anything I can do about it? is it a bug or a feature?

It is likely a bug / enhancement request. What appears to happen is that breadboard renders (as far as I have seen) correctly always. Schematic and pcb render correctly if you drag the part in to that view always. Then internally to Fritzing an IPC call is made to render the other 2 views. It appears Breadboard gets whatever parameter does the orientation but schematic and pcb do not and thus the part gets a random orientation (probably the last value the orientation parameter had.) The solution is to add the orientation to the IPC call. That is easy to say, but not as easy to do as I haven’t been able to figure out what controls the orientation. Here are a couple of copies of adding the deneyap-kart part first dragging it in to pcb where it is correctly oriented: 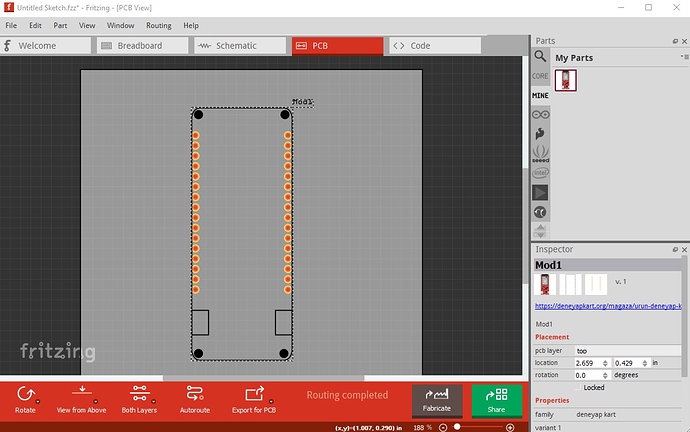 but wrong in schematic 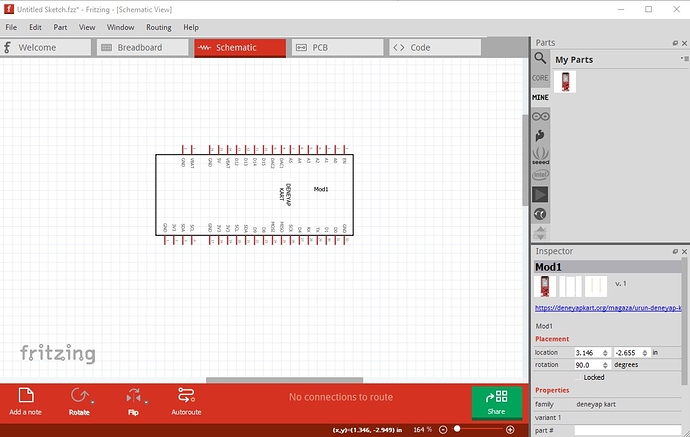 and correct (as I think is always the case) in breadboard. 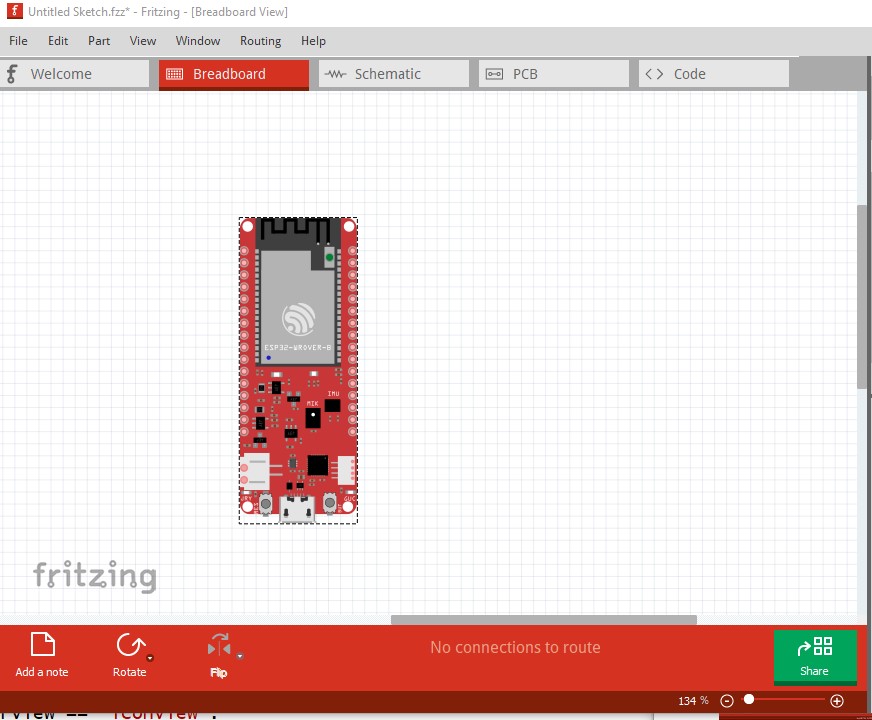 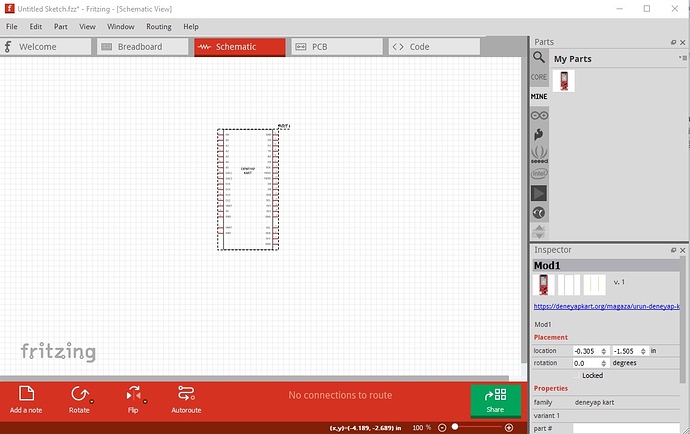 correctly oriented (so far as I know always indicating that Friting is getting an orientation parameter) but in pcb not so much. The first time orientation was correct, the second time it was not 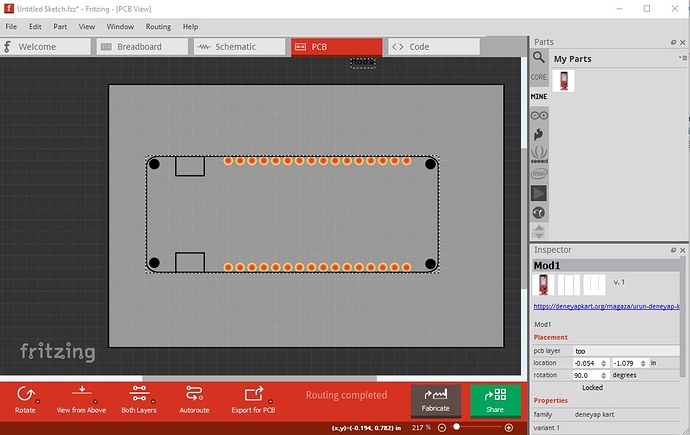 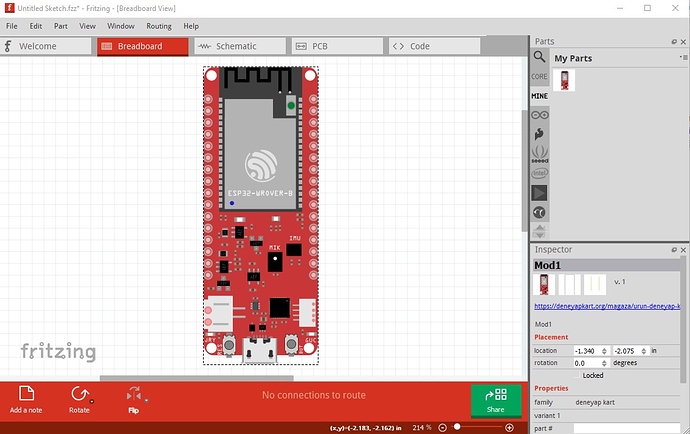 If I take a smaller part and insert it 10 times in to breadboard, schematic and pcb will have random placements across the 10 tries (sometimes correct sometimes rotated). My usual work around is to drag parts in to schematic as that is usually where I want it correctly oriented and rotate the part in pcb when placing the components. Dragging it in to pcb first should get it properly oriented there. I haven’t checked github to see if this is on the bug list, I probably should and report it if not.

It is likely a bug / enhancement request. What appears to happen is …

Good to know and thanks for the check.
I was worried about something being wrong in the part itself (an orientation property or anything similar) so it’s a relief.

I haven’t checked github to see if this is on the bug list, I probably should and report it if not.

It would be nice for the sake of completeness, but it’s really nothing critical, mostly annoying.

I got motivated and checked, there is no bug report that I can find so I’ll submit one. Out of 10 tries with a Fet, breadboard is always correct, the view the part is dragged in to is always correct, but the other view is sometimes wrong. Here I dragged 10 of these in to pcb, one is wrong in schematic: 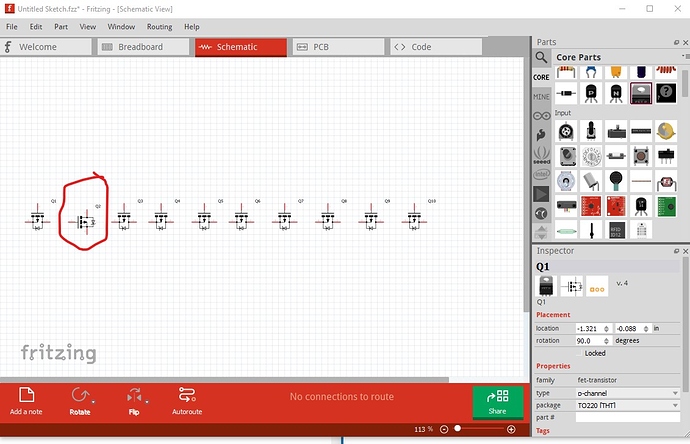 then I dragged 10 in to schematic (all correct) and 2 are wrong in pcb: 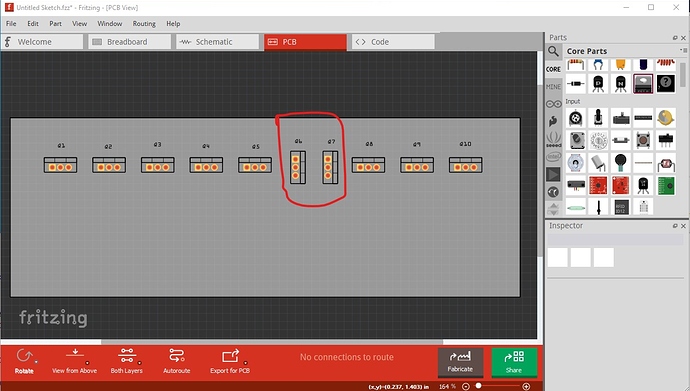