I made a part in Friting parts editor, routed the pins I needed to set it up for both schematic and prototype view.

Even I never touched the big part of the image (the main board) It seems that somehow, the part editor likes my whole board to make it as a connection

I just wanted the vector image of the pins routed

Image as I see it in prototype view 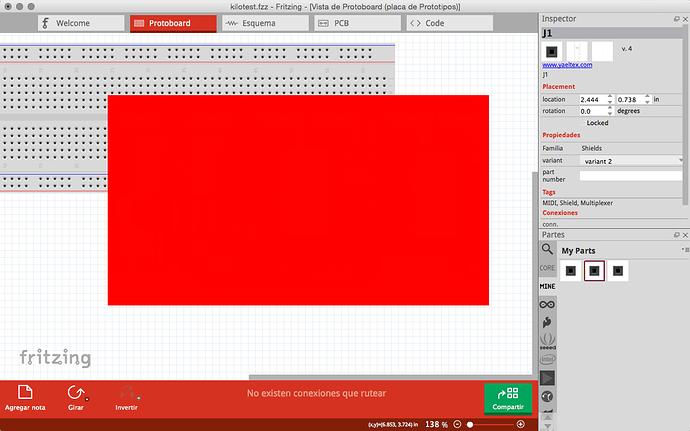 Image as I see it in part Editor. I cant find what part is routed to the mail board 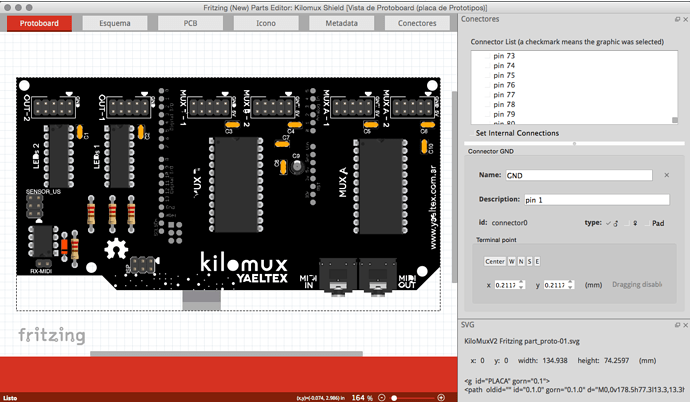 Where did you get this part?
I cant find it in the partslibrary

I did it with the new Part Editor myself

O Ok, Can i download the part anywhere? What about attaching the breadboard svg file to this post?
I’m trying to figure out all this part creating stuff myself, maybe if i can browse trough the file if I can find something. I would look if there is anything depicting a red rectangle, though you might already have done that.

I also had some odd results but it turned out I unwittingly imported a layer from another file.

Please tell me if that works!

Hi Mytx,
I can confirm that the same red square also apperears when i try to load it.

there i find a reference pointer to KiloMuxV2 Fritzing part_proto-01.svg
i have the feeling that this file is missing OR that the reference should not be there at all? Ill have another look at this when i get home.

I will check if I can find something like that as well.

I just got home, and checked the file again

I made a screenshot of the red rectangle and in gimp the coulor was shown as fe0101
But when i then search for fe0101 in all the files in the .fzpz then that spacific color is nowhere to be found…

So now i’m wondering if this may be some kind of way that fritzing say’s error?

i hope @andre @steelgoose or @landracer can tell us their opinion or anyone else who might know?

The XML is huge, and i can’t think of another way to locate a red rectangle inthere…

I tried a few more thinks like saving as plain SVG in inkscape but dat didn’t solve it so that might rule that out.

I think these have to be something like “board” and "copper0"
Please anyone correct me if i’m wrong, i’m in the learning curve myself.

Those were the layers I had while I was working in Illustrator. Didn’t knew that they should have any specific name but I could try that out!

You’re welcome, I’m also learning from you. I hope that the pro’s also give some clues. Since the new parts editor some rules seem to have changed so not everything google finds for us is true.

these are my main sources
http://fritzing.org/fritzings-graphic-standards/ 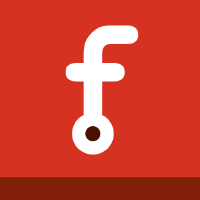 This page gives some clues why the things are the way they are and why the chosen path is most likely the best choice:
http://www.svgopen.org/2009/papers/33-SVG_in_Fritzing_a_Case_Study/#d4e106
http://fritzing.org/media/uploads/publications/fritzing-svgopen09.pdf

I don’t use Illustrator so i don’t know haw that deals with all the layer stuff. I hope it also has a XML viewer like Inkscape has. (or just open the svg in notepad)

Thanks! It will soon be available to buy it and a 1 layer PCB version made in fritzing it’s also open source shared in Fritzings Projects!

No luck fixing it this far. Changed layer names but still the same. If you see the Schematic view, you’ll get the same reults! the red box

I’m wondering if there isn’t a simpler way to greate a part from a pcb design.
Is the PCB design itself also made in fritzing?

For parts like this it would be nice if there was an export as part option.
Just like exporting a gerber, export the whole design as a fritzing part.

This would save all of us some time, and boost the number of available parts.

I had a quick chance to look this problem over. For some weird reason, the .SVG file(s) appear to be the root cause of this issue. I will have to play around with this when I have a bit more time.

First off, I would suggest breaking that mainboard .SVG down into a bit more of a simplified .SVG file. I see what appear as redundancies and or multiple layers of the same thing.(I only brefily looked this over, btw. I could be wrong) Also note, the grouping names or layers (depending on what vector graphic program you are using) will play a big part when importing into said views, ie; breadboard, schematic, PCB. . Also, the Schematic file is huge, It might need some scaling for proper dimensioning for use in that said view ie; schematic view. As for the PCB view, I’d suggest a more simplified PCB connection point, one that maybe resembles the pin-out on the kilomux? Just a thought. This way anyone can make a board/shield that will directly interface with your project. (should someone desire to do that)

Anyhow, this is the first time I’ve seen this weirdness with only one connection point registering. IE; red square. This is worth kicking around due to the fact, something isn’t quite right. I’d personally like to know what that is.

BUT if you figure this out in the meantime, please share what the issue was.

I have made a few Fritzing parts to my own use.

I opened and studied those files with Inkscape.

All tree svg: Breadboard-svg, schematic-svg and pcb-svg better have the same connectors that are named equally. For example: connector1pin, connector1terminal, connector2pin, connector2terminal, etc. The (connectorpin) names are free to choose but better be the same in every svg file. Connectorterminal names are usually needed in breadboard and schematic files. Using the same name if the safest way to name connectors.

There must be the same count of working connectors on every svg file.

Kilomux Shield Breadbord-svg contains 60 connectors in svg code. Non of those connectors refers to 5*2 male headers, which I think are the connectors supposed to use. They refer to the legs of 74HC595 and CD4067 DIP-packages. A breadboard likes to use female or male headers - not legs of a micro chip.

Kilomux Shield schematic-svg has 80 named connectors (not 60). The names are not the same as used in Breadboard-svg file. ISP-connector going to Arduino are not named at all. No big deal, but confusing.

Fritsings new parts editor uses connectornames to connect the same connector in all three svg file. If they are not the same the part does not work.
There are a lot of user made parts. Opening one of them and studying the svg files in C:\Users\username\AppData\Roaming\Fritzing\parts\svg\user\ with new part editor and Inkscape learn you to make workable svg files to our parts.