In my projects I always have several “functional” group of component.
Ex:

Are there any way to do this ?

You can group the components the way you like. I’m not quite sure what is keeping you from that? You may want to use net labels in that case so that the groups do not need to be interconnected with wires.

But you cannot draw free form in the view. What you can do for a rectangle around a group is use the “Schematic Frame”. But this will give you a full document frame. Which may or may not be what you want. It does give you a nice place for the description of your group. 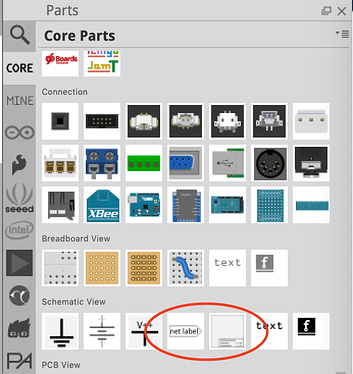 Maybe a picture can help: 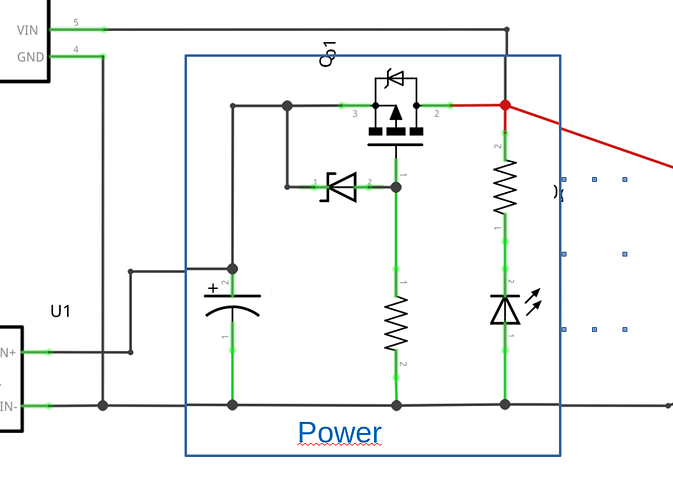 So I would like to group a set of part in a shape (here a blue square). Group like in Powerpoint “group” menu.

Then those components can’t move out of this shape, and when I move this shape all the parts move with it.

So you want on schematic view something similar to the sticky setting for a board in the pcb view. A blank (or outline only) container part on schematic view that constrains the layout of other parts (but not wires) placed on (inside) it.

Fritzing does not have any functionality like that. It does allow multiple parts to be moved around together, if they are all selected. Either by a box drag select, or by individual multi-select and unselect.

For this particular case, I would just use GND and Power (V++) parts to tag the inputs and outputs, then use those where needed, instead of having the ground and power wires. That would separate (no connecting wires) the block from the rest of the circuit, making it very easy to drag select, and move around as a single unit.

Really what you want to do, is to turn a section of the schematic into a new (temporary) part. Your example looks like it acts like a 3 terminal fixed voltage regulator (with LED power indicator). So (functionally) it could be replaced by that part in the schematic. Which is what you want it to act like on the schematic, but keep the internal details visible.

An example could be a schematic with the components and internal connections for an UNO board, that is then “locked”, and acts (externally) just like one of the existing uno parts. It would get even closer to that, if the connectors could also be locked, to limit which were available to connect to from outside of the block.

I can see plenty of places to use that feature, but suspect that implementation would not be easy. Going that direction would probably end up merging the parts editor functionality into the main application. The basic ‘sticky block’ would be simpler, but still need some time developing the code.

Yes. Perfect reformulation. So I guess it’s not available.

If you select several parts and drag them, it gives the same result I expect moving the rectangle shape. If this gives implementation ideas … (I would love to help the coding, I did similar thing in Java, but in cpp you would spent more time fixing my bugs than coding the feature…)

Use the Silkscreen Image part (for a PCB, use Similar part for Schematic… they are standard fritz parts).

Then, load your SVG into it. The SVG does NOT need layers/etc. I drew the box below in LibreOffice/Draw and saved as .SVG (no fussing!).

Naturally, you can use Dashed lines/etc and draw any shape… (and use most any graphics program to draw it)

ADDED a Schematic view with Box… 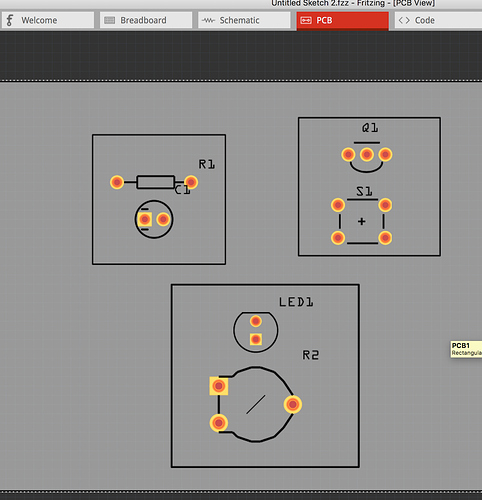 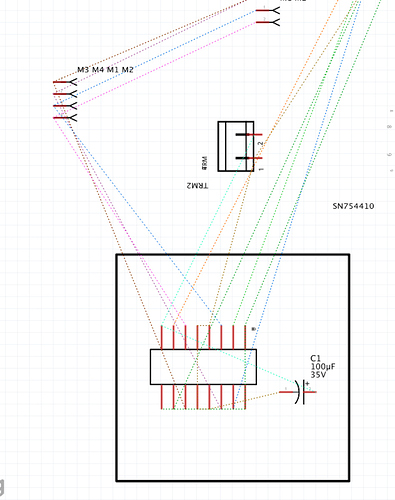 ADDED a Schematic view with Box

Unless I am not understanding, that provides the graphical box, but does NOT provide the ‘sticky’ functionality. Sticky would allow placing schematic symbols inside the box, then select and move the box around, and having all of the symbols inside it move with the box (without multiple select).

One Select and One more to move. Can’t be any simpler…

That is a work around, and only works nicely because your examples do not have anything else around them. In a more crowded view it could be a lot more fussy to get the selection right.

I already described the drag select option, and OP confirmed it works.