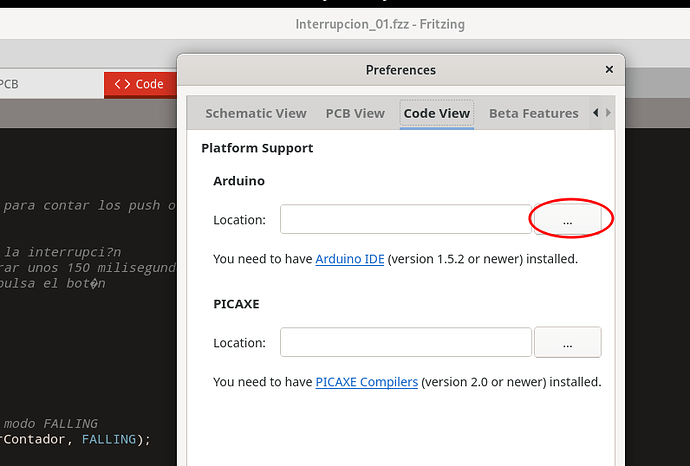 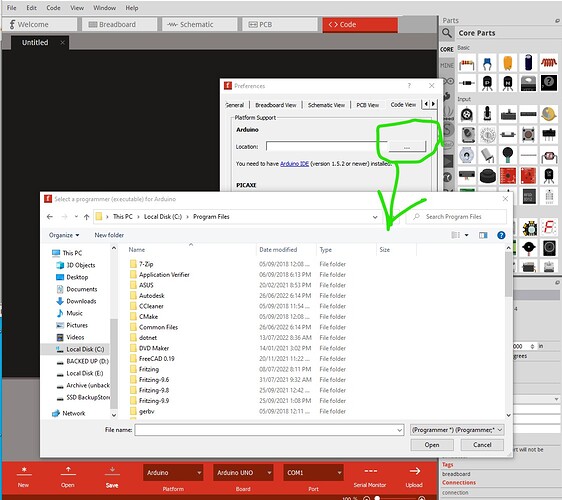 as well as accepting a path typed in to the location field. I’d advise checking for the pop up window being behind another window.

sorry, on linux that doesn’t happen. A pop-up window does not open to indicate the location, it does not appear. Typing the path doesn’t work either.

The button changes colour on hover, then again on select press, but nothing happens. Same for the picaxe location button

I thought that was working with an older version. I use alternate tools for working with Arduino (Visual Studio Code), so have not noticed.

Best bet is to report it as a bug on github here: 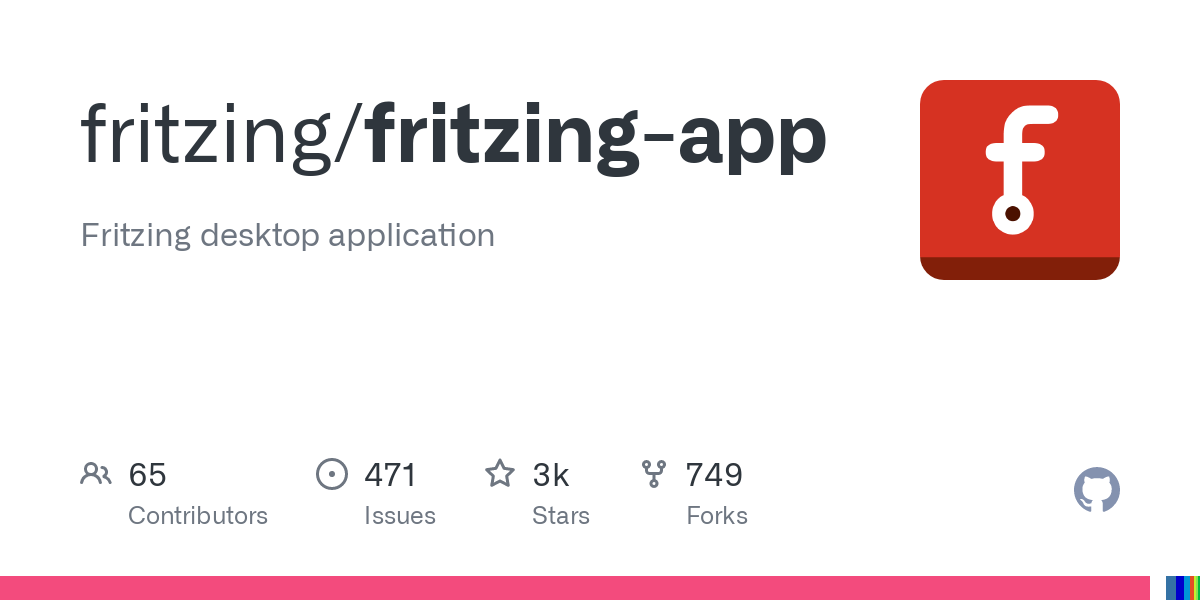 I think the developers do read the forum, but github is the official bug repository.