I transferred Fritzing to new computer running Windows11 now I get this message when opening a sketch.

Parts file with correct path seems to be present. Any suggestions. Thanks

Upload the .fzz file for the sketch (upload is 7th icon from the left in the reply menu) and one of us will try it.

I should include, there is an error that occurs for each part in my parts folder.

I’m going to guess this is a Win11 issue of some kind because the sketch works fine for me on Win10 / Fritzing 0.9.9. There is a conflict in the light bulb part, but the sketch loads correctly:

This message appears to be about the light bulb on the left (which isn’t in core parts!) as it is in the temp parts bin. When I answer yes to update the part, it is replaced with a LED indicating the moduleId is not unique and has been used in a LED that now gets upgraded to replace the light bulb: 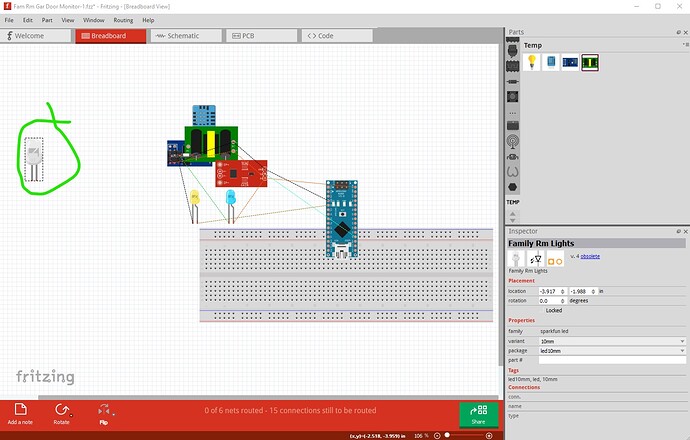 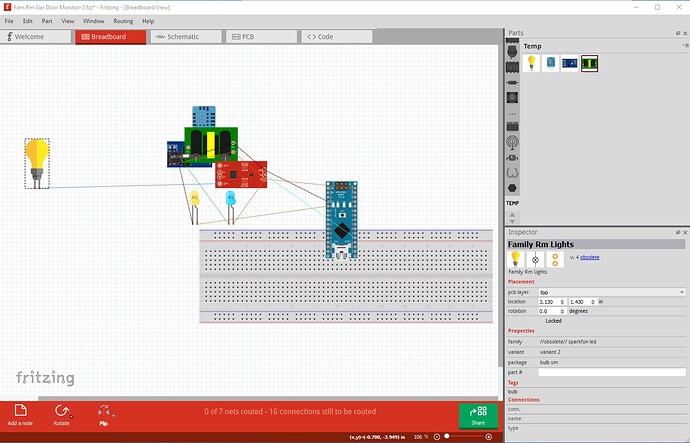 I can’t upgrade to Win 11 because the cpu in my 10 year or so old machine isn’t supported by Win11 so I can’t try this on Win11 for you (perhaps someone else who has Win11 will try loading the sketch to see if this is indeed a Win11 issue.) The error message looks to refer to the ESP8266 WIFI module in your temp parts bin and thus may indicate an error in the part of some kind. Sorry I can’t be of more help!

I’ll reload fritz back on my Windows 10 machine and see if it works.

I did a complete reinstall on my Windows11 machine and now all works fine. Thanks for the help.