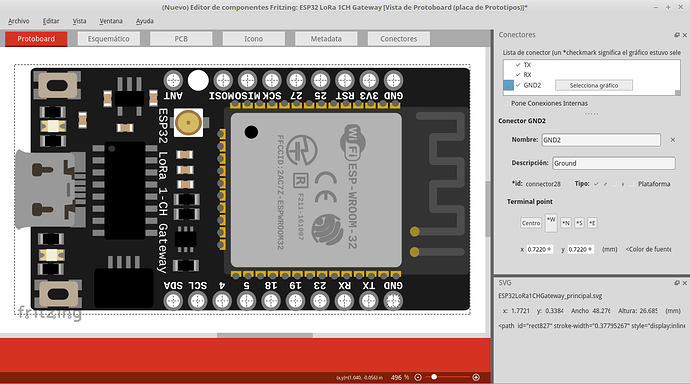 If you upload a copy of the sketch I’ll have a look at it. Upload is the 7th icon from the left in the reply tool bar.

OK, here is a fixed part and some of what was wrong in yours. Mostly you are missing some pins (ground in breadboard and one pin entirely missing in pcb). As well you are missing terminalIds in schematic. In breadboard the missing ground pin is not red like the active TX connector next to it. That is because it doesn’t have a terminal defined in the svg: 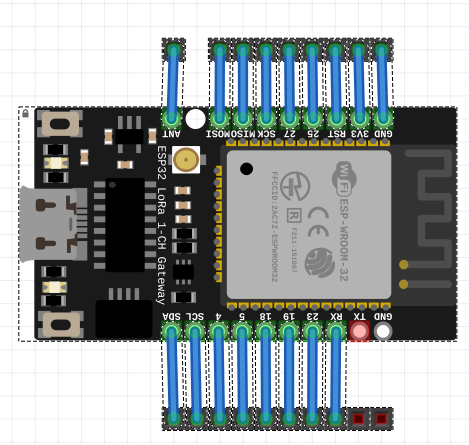 In schematic the lack of terminal IDs causes the wire to connect in the middle of the pin which isn’t what you want. My part on the left has terminalIds to terminate the wire in the correct place:

You will also note that I made the schematic image much smaller to save space in a crowded schematic. If that doesn’t suit you, you can just edit the svg to make the schematic larger again. I also renumber the pins in order from SDA which is connector0 (because the pins should start at 0). This part is a new part so yo can load it along side your original part to see what I changed. If you have questions feel free to ask. Here is the test sketch that I used to verify my part (along with the parts checking script) where the attached images came from.: 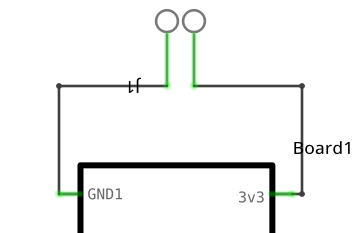 It is probably easiest if you upload the svg here (rename the .svg to .fzp first, the forum often has trouble uploading svgs). I assume that you are doing this in parts editor? I rarely use it and just edit the underlying svg files, but given the file I can likely fix it. I did make extensive changes to your pcb layout as it was for the chip it was cloned from and as noted has one less pin than required, was too narrow and lacked the silkscreen showing the edges of the board. You could just unzip my part and try loading the pcb svg from there, it should work fine for your original part. Note I also bused the two grounds together in the fzp file as they should be. In any view of my part if you click on one ground both of them will light up yellow to indicate they are common.