hello guys i downloaded Fritzing 0.9.10 and i started simulating with Arduino.
and my Arduino doesn’t get power! 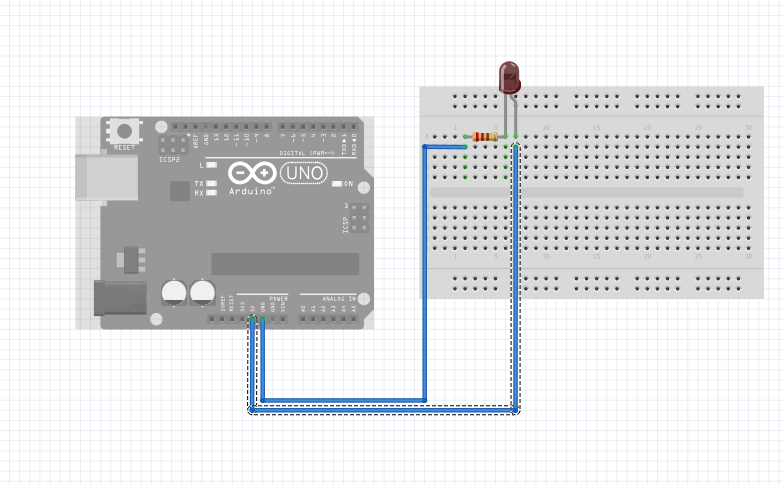 Can somebody help me?
thank you all!!!

I have not worked with the simulation in Fritzing, but here are a couple of things.

There is no power in the circuit you show. An Ardunio is not a battery. It needs power itself.

I have been seeing some of the information about the simulation component of Fritzing. I do not think it is capable of simulating an Arduino. If your intent (next step) was to simulate a blinking LED, I don’t thing that will work. Add a battery to your circuit, and connect directly to the breadboard (and LED), then you should be able to get the LED to turn on. I do not know the limits of the simulation. You might be able to get the LED to blink using an astable multivibrator circuit, or maybe a 555 timer. 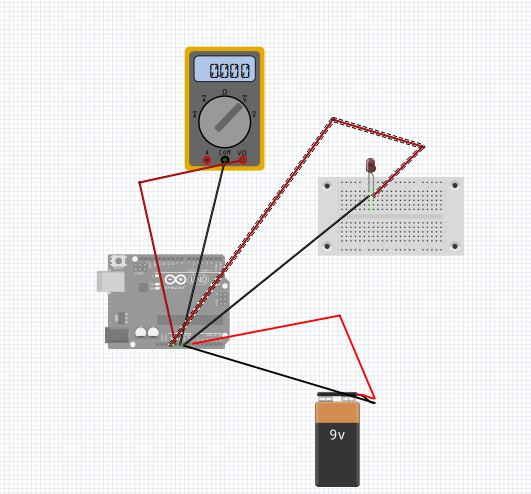 That shows that the Ardudio part does not contain the details needed to simulate the internal voltage regulator. What I meant was that the simulation code is not capable of running Arduino code.

The first issue is because of the part definition. The second is a limitation of the simulation code. Many parts will have the first problem. It takes a different set of knowledge to add the needed information to the parts. Parts are being updated, but it will be quite some time before the majority of the core parts will work.

While I’m also fairly ignorant of the state of simulation, as far as I know the simulation is spice based and only parts with spice information which is mostly the passives like leds and resistors, can be simulated. The Arduino is likely a long way off as there would need to be a lot of new code in Fritzing to do it.

To do what you want, you can have a look at the wokwi site, it’s web based.

EDIT: beware! it’s free, but VERY closed-source. I wouldn’t put anything permanent (or important) there…

Unfortunately, the current Fritzing simulator can only simulate DC circuits. See the following link to see its current capabilities:

The Arduino part doesn’t have a simulation model (no SPICE model) as you can see in the inspector pane when the Arduino is selected.

The internal library that performs the electrical simulation (ngspice) is able to perform transitory analysis (e.g. a 555). Thus, it could be possible that we add that capability in the future, but it could take months or years. However, mixing it with Arduino code will take even longer.

thank you all now i know what’s the problem