Another sharing of my work -custom shapd PCB

Hello, this was my new attempt on making custom
I followed the video below:

you can see the board is designed to cooperate with other 2 boards, and can assemble to a 3D product.
The boards were all 1.6mm in thickness and the slot for assemble is 1.7mm tall and 3.2mm wide, for a 1.6mm*3mm latch to insert, there’s still little margin to move but not much.

I followed the video to create board shape,
but with complicated shapes there will be errors,
the errors won’t show up when importing svg to fritzing but after exporting to gerbers,
from gerber viewer the shape was randomly wrong and unusable.

notice the CUTOUT numbers, its the numbers of PCB shapes going to yield after your PCB made (includes working PCB and the windows cutting out, for this SVG there’s 4)
If the numbers correct its usually right 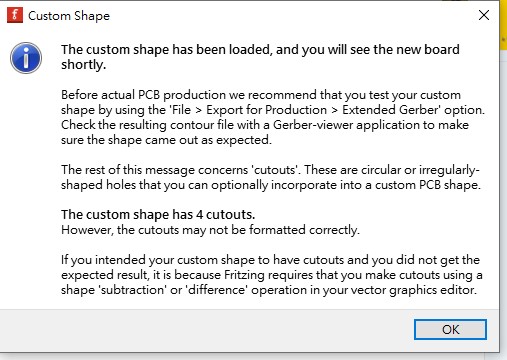 I found out, after completing editing shape and naming the layers “board,silkscreen” and the “boardoutline” path.
Then the last thing you do was to do the intersection it with a bigger square, to force the product a good path and don’t edit after.

silkscreen layer was not always needed, but helpful to point out the edge where your real silkscreen’s limit were.

also I’ve found that by placing vias close enough to the edge inside, you can make “Castellated Holes” , useful in some kind of sinking- though hole device, or creative use. 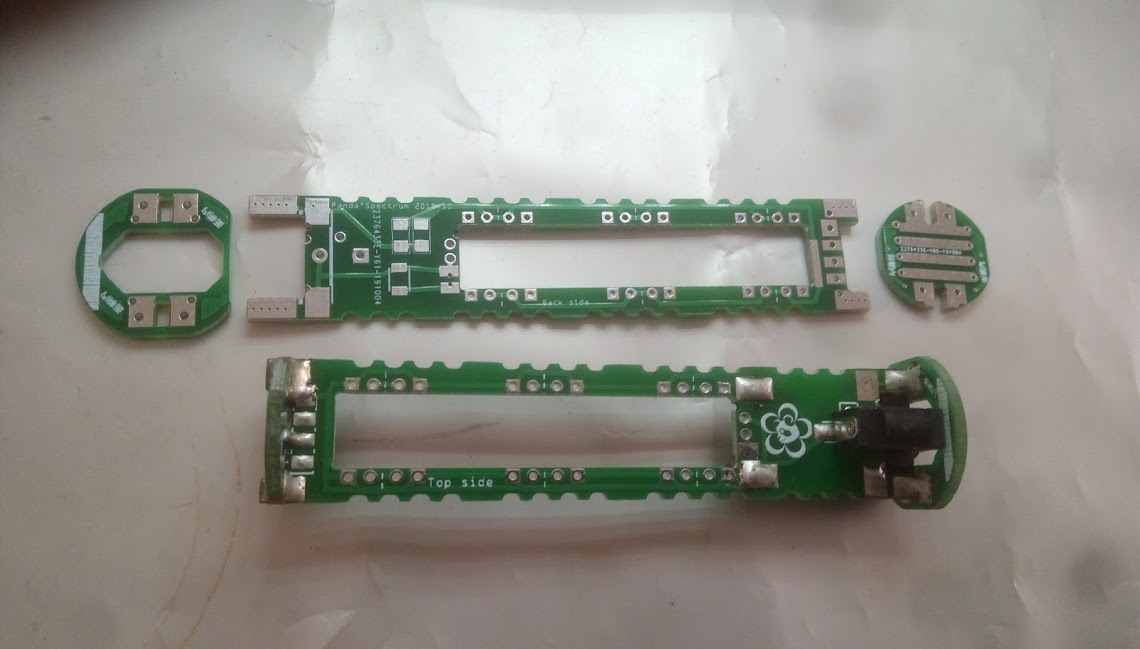 you can see three part of PCB, with slots and latches,
slots were 1.7mm*3.2mm in rectangle and latches were 1.6mm(board thick)*3mm,

It was intended to fit in a PC tube for LED flowart product,
there were also slots at the side of the main board,
to put o-rings to absorb shock and fit better with tube error.
and a cut-out rectangle slot (8mm*48mm) for a lithium polymer battery to place within.

The switch side of the board (bottom-right or top-left board) have a bigger circular cap so It will hold the entire PCB to not sink into the tube, the other end is for LED.