How can I remove the microprocessor part, ESP8266 NodeMCU LoLin module from my parts bin? 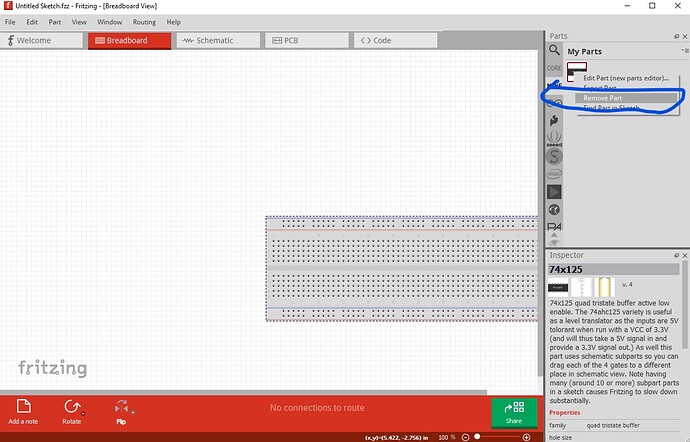 then exit Fritzing and answer the exit questions as follows: 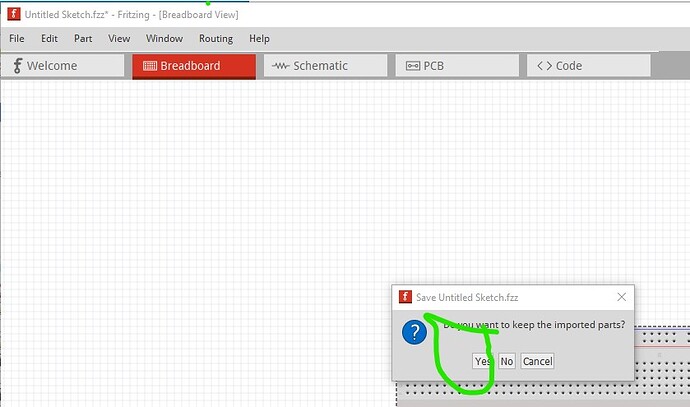 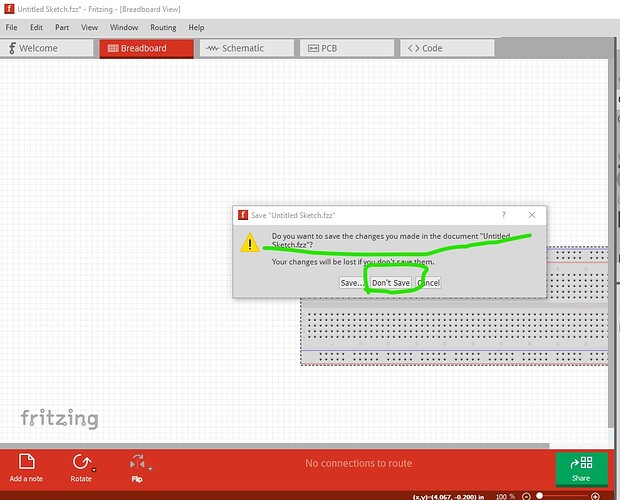 no to save the sketch (assuming you don’t want the sketch for something or if the part is in the sketch in which case you want yes!) 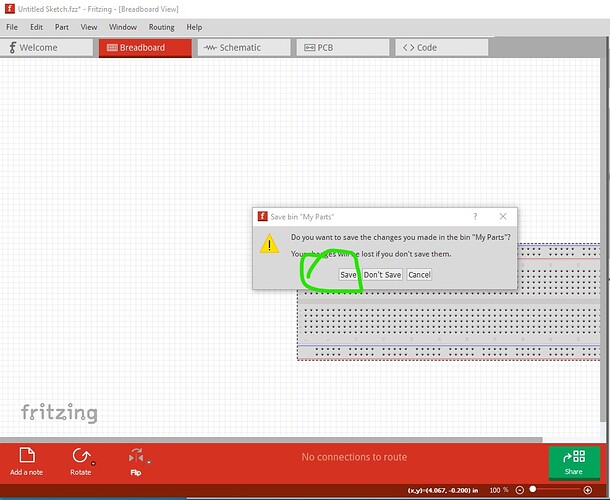 and yes to the save parts bins question (to actually delete the part!) This deletes the part and on restart Fritzing will allow you to add the new version.

Thank you Peter. You provide an explanation to solve this problem which is simple and easy to follow, even though the logic seems to be a bit twisted.

From my engineering graduate school days, we would say that this procedure is “not intuitively obvious”. Your explanation is simple.

You are correct it violates the principle of least astonishment

. The problem is that the files are held internally so they are available to be either saved or discarded at the shutdown prompt. I have suggested a way to fix this (remove the deleted files from the list and actually delete the files when the user requested them) which would avoid the need to do the shutdown, but it hasn’t been implemented yet (likely due to more important bugs of which there are plenty!)

Peter: I appreciate your Principle of Least Astonishment, as you so clearly(?) explained.

I thought that Convolution was assigned to Network Theory.