A PCB 'Board' Making App For Use with Fritzing (Preliminary)

After gaining enough knowledge about making SVG’s and their use in Fritzing, I decided to write an App to facilitate making a custom ‘Board’. Originally, I intended it to be a Plug-In but now focusing on Stand-Alone…

The main goals are:

• Make it easy for users that don’t want to bother with Graphic programs such as Inkscape/etc.
• Include ability to make:
• Multiple Cutouts
• V-Cuts
• Custom Board Shapes
• Usable for Fritzing’s Gerber export files (including Contour and Silkscreen files)
• Keep it Simple by allowing only Straight Lines (no Curved lines)

The Shape and Cutout Data was previously done and video shows them being loaded.

Rather than posting a ‘beta’ here, This video should convey the general use.

Also, below are screenshots of the Exported Silkscreen with markings of how the Data Points for the tables should be done (Board-Shape is ClockWise, Cutouts are CounterClockWise for SVG’s intrinsic differencing).

Also below, an Example of Two PCB’s on a single Board (for cost savings when having them made). The boards are separated by a 0.2mm wide Rectangular Cutout (for a V-cut) with holding tabs at each end…

(Note: V-Cuts are simply a milled cut using a V-bit but, some vendors use a Straight bits or Lasers (i.e., No ‘V’) 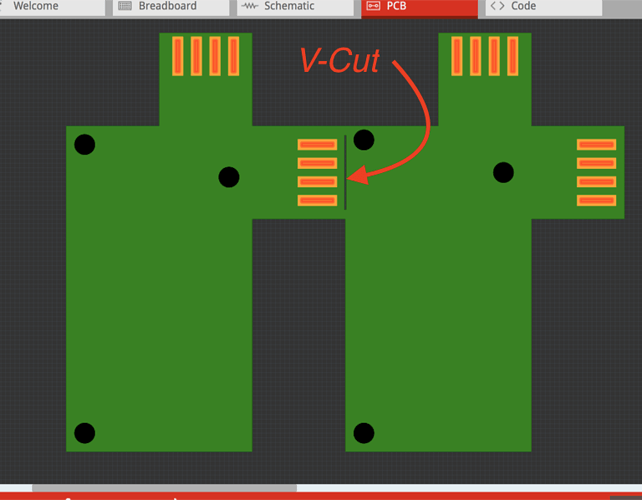 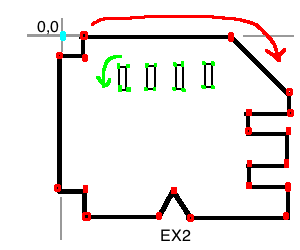 Looks good, although I’m a poor one to comment because I rarely make boards

, that said easier is always desirable.