Has someone a SVG with embedded bitmaps for Fritzing?

I would like to see if the reported bug here is still present:
“try to create a new part, using “load view image” in the Parts Editor. The bitmap does appear, but once you save it as a new part and try to display the part in breadboard view, the image is no longer visible. This is a bug–the image should at least display in breadboard view.”

Strange failure loading an SVG embedding bitmaps for a PCB board

from the google code svn repository. There used to be a copy on the github repo of Fritzing, but it was reputed to be corrupted and I don’t see it any more. A google search for voltmeter2.svg.gz and voltmeter2.svg don’t turn up a likely file. Without the failing svg file this is likely to be difficult to reproduce.

edit: That said, it looks like it is still a problem. This base part has no embedded images.

so here is the actual svg zipped and renamed to fzp

unzip it to hopefully get the correct svg!

(which doesn’t render correctly here! The jpg is missing.) I get this in parts editor (as expected!) 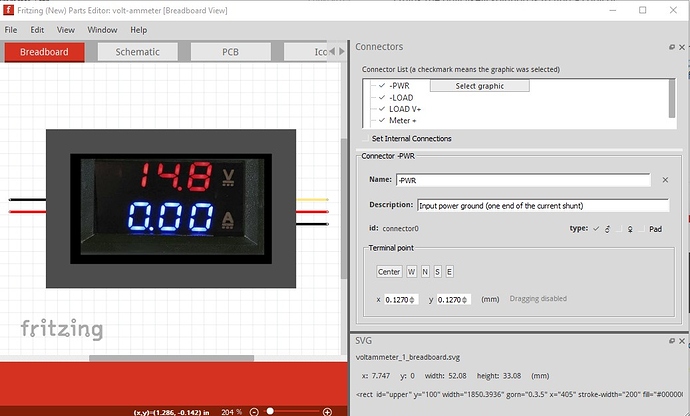 Saving as a new part loses the jpg image

as the loaded part doesn’t render the jpg 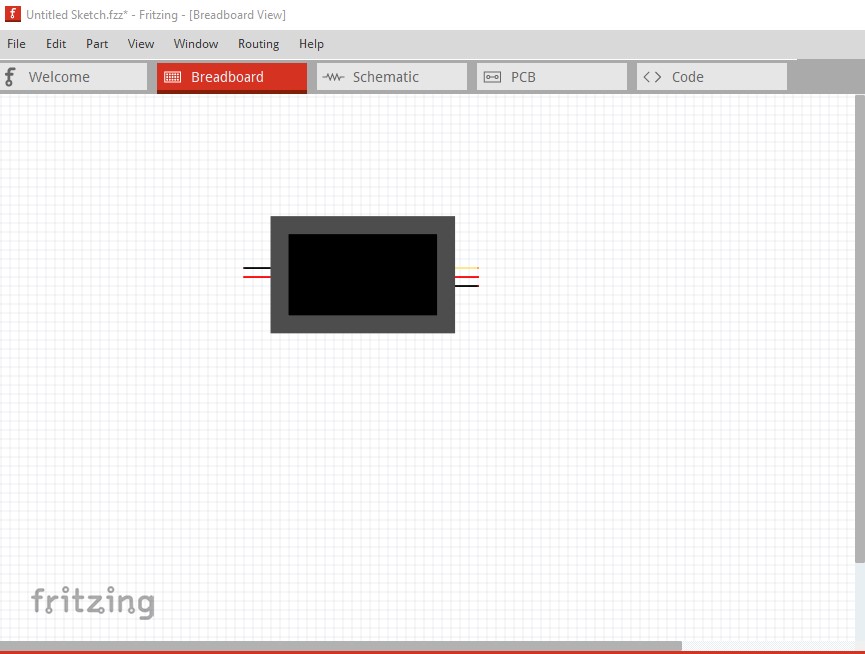 because it didn’t make it in to the breadboard svg on the exported part (even though it rendered in parts editor!) which I think is the bug that was accepted.