Is it possible to replace custom graphic for Copper Fill Layers(top and bottom) inside Fritzing? If not, any other methods allow user to do this?

Thanks in advance.
Mike

I was hoping one of our more pcb knowledgeable folks would answer, but here are some suggestions. I don’t think you can replace the copper fill graphic directly but there have been a variety of posts on getting logos on to copper. If you search in the forum for “copper graphic” one of those posts should help. If not ask here again with what problem you are having (preferably with the sketch that doesn’t work uploaded) and we will try again

I’ve made a custom shape board layout and the Copper Fill function is not too match to the board outline.

If this is the case then it is likely that the custom PCB has some errors. When you use a custom PCB and then use copper/ground fill it follows the outline with a 2mm inset.

Can you upload a picture of your result or a copy of your custom PCB shape or both.

Also as Peter said you can use the Logo function to import an SVG and assign it to be a copper layer. But you would then need to account for all the trace locations manually during the SVG creation.

Yes, you can use a graphic in the copper…

Use the ‘Silkscreen Image” part,
Set it to Bottom Layer (Top layer should be okay too but, I use single layers so, that’s the example).
Can use different formats but .svg is most reliable.

Example shows a board with traces for led/resistor, an un-modified “Silkscreen Part”, with a Shape and another with a stupid Face…

Shown in Fritzing
Shown in Cuprum (pcb visualizer)
Shown in exported svg from Fritzing
(the above are in a single graphic for uploading)
Shown in CopperCam (copper side of pcb, did it before I added the Face) 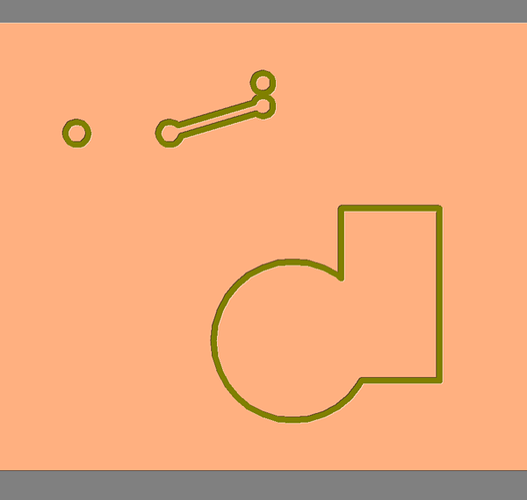 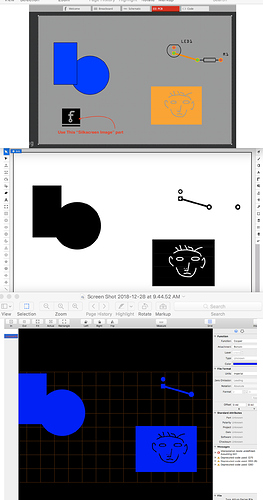 Note: CopperCam shows them flipped Horizontally to display the Bottom side